Half a century ago, 11 Girdwood residents passed the hat and raised enough money to purchase what became the land base for a major ski area. Through initiative and perseverance, the 11 formed the Alyeska Ski Corporation and developed a ski area that was small in assets but big in promise. They did it because they understood that the Valley’s future lay in its golden slopes.

They found a French Baron who shared their dream. Francois de Gunzburg installed a poma lift, built ski trails and a day lodge and ordered Chair 1, a 5,700-foot double chairlift that rose 2,000 vertical feet. The upper terminus of the chairlift became known as the Roundhouse.

Today, the Roundhouse symbolizes the importance of outdoor recreation to this Valley’s legacy, much like Crow Creek Mine serves as an icon of the Valley’s golden past.

The Move to Preserve the Roundhouse

Built in 1960, the Roundhouse sits on an exposed ridge, 2,280 feet above sea level. The distinctive octagonal building first served as a warming hut and later as a popular mountain gathering place, complete with restaurant and lounge. Alyeska’s ski patrol used the lower level as its headquarters.

In summer, the Roundhouse turned into a visitor center for people to enjoy the alpine environment and the panoramic view that encompasses two mountain ranges, seven glaciers and scenic Turnagain Arm.

But age took its toll and public use all but ended in 1992 when the Glacier Terminal and aerial tram opened. The building was placed on the National Historic Register in 2003 in recognition of its significance to the development of skiing and other outdoor activities in Alaska.

Girdwood, Inc. was formed, in part, to restore the Roundhouse and turn its upper level into an interpretive center and museum.

The Roundhouse renovation began in 2003 with seed money from the Kenai Mountains-Turnagain Arm National Heritage Corridor Communities Association. Since then, Girdwood, Inc. has raised approximately $1.9 million for the project through a combination of public and private money, including the Rasmuson and Atwood Foundations, the National Park Service, HUD and the Eddie Gendzwill estate. 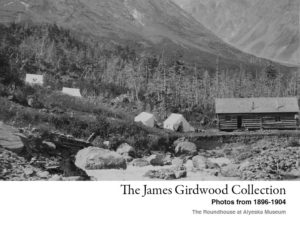 (hours are subject to change)